We had previously tried to visit the Mount Moffatt section of Carnarvon Gorge National Park on two other occasions, but were unable to do so because of fires and  flooded roads and our third attempt was also halted by rain.
After ringing the ranger from Roma we decided we would continue further west and then return once the roads had time to dry out. The plan now was to continue towards Winton and then loop down past Lark Quarry to Jundah and Windorah and then continue on through Welford National Park and then back to Mount Moffatt.
So we headed towards Mitchell and to the Neil Turner weir just outside town where we had camped on previous occasions. 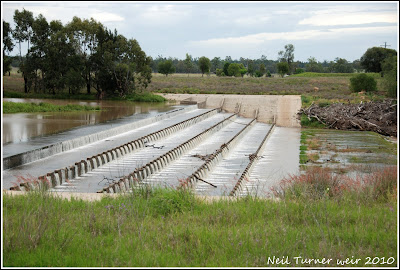 We spent several days camped here before moving onto Morven which is only 89 kilometres further west of Mitchell. We stayed at the Morven recreation ground, where a gold coin donation for use of
facilities is appreciated. 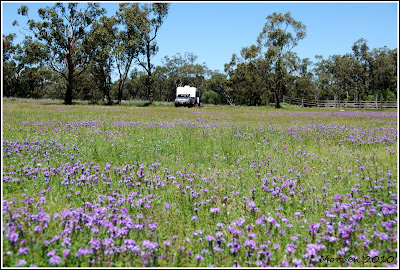 We arrived in Longreach and booked into the caravan park after deciding that the free camp outside town on the Thompson River was not for us. Spent many hours viewing the Stockman's Hall of Fame and the Qantas museum. Hugh Sawrey along with R.M. Williams were instrumental in setting up the Hall Of Fame. We have a couple of Sawrey original's and were a little disappointed that so little about him was on show. 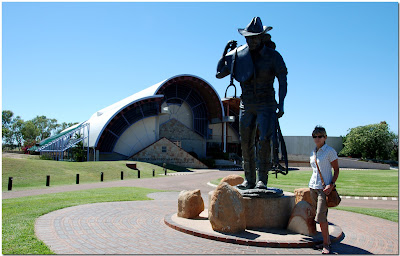 This is a self portrait of Hugh Sawrey. 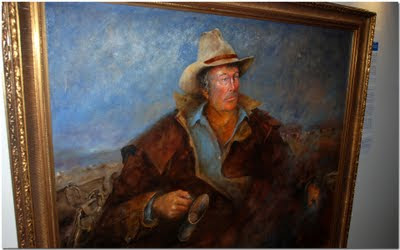 Leaving Longreach we headed to Winton where we spent about 5 hours viewing the Matilda Centre which we found to be very interesting. Our camp for the night was Long Waterhole about 5 kilometres south of Winton. 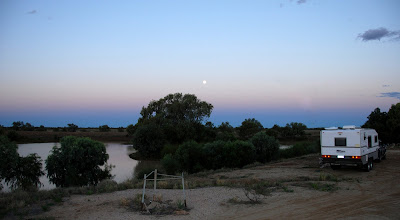 And just after sunrise: 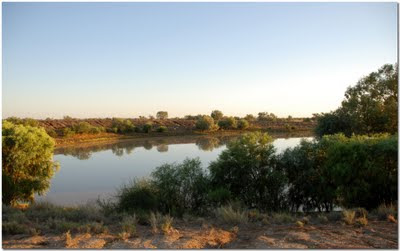 We left early next morning for the 110 kilometre trip to Lark Quarry Conservation Park. It is currently the only recorded dinosaur stampede on earth.
In this place, around 95 million years ago, a large herd of small two legged dinosaurs gathered on the banks of a forest lake to drink. The herd was stalked by a large Theropod – four tonnes of sharp-clawed, meat-eating dinosaur. The herd panicked, stampeding across the muddy flats to escape the Theropod’s hungry jaws. A record of those few terrifying minutes is cast in more than 3300 fossilised footprints. The footprints tell us about a cooler, wetter world, when dinosaurs roamed the earth and the mammal’s time is yet to come.
The fossils had been perfectly preserved for 95 million years sealed underground. But exposure to sun, rain, people and wildlife were taking their toll. To stop further damage to the Trackways, the building was designed to:
We arrived 1 hour before the 10am tour giving us plenty of time to take several of the walks behind the main complex. To our surprise we were the only ones who turned up for the tour. 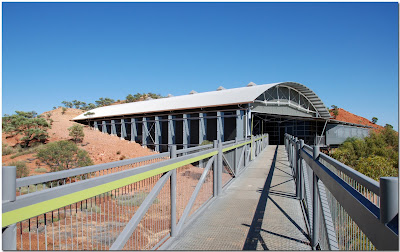 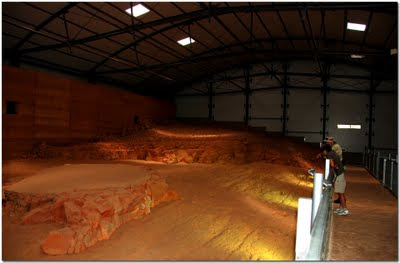 After the tour we continued south towards Jundah. We had planned to camp on the banks of the Mayne River but due to the recent rains the river was now in flood. 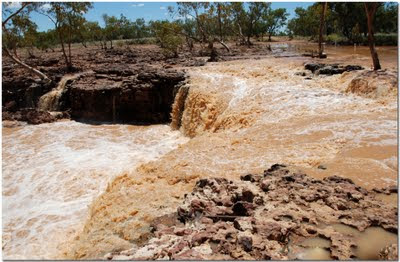 We continued on hoping to then camp on the Thompson River outside Jundah but yet again the whole area was flooded so we camped at the Jundah caravan park which we had all to ourselves.

Spoke with the locals next morning to find out that Cooper ﻿Creek at Windorah and the Barcoo River were also flooded. That left us no alternative but to drive back to Longreach on the bitumen.
The following day we drove to Emerald and camped at Lake Maraboon and then onto the Injune caravan park where we spent the night and replenished our water supplies before heading off to Mt Moffatt. We met the ranger on the drive in who advised that there were many washouts caused by the recent rains and to take our time. Mt Moffatt is 160 kilometres north-west of Injune.
We camped at Dragonelly Rockhole the same campground that Steve Gibbs and Co stayed at when they produced their first Bushtracker Lifestyle DVD. There are 3 other camping areas within the park and the other one suitable for vans would be West Branch. 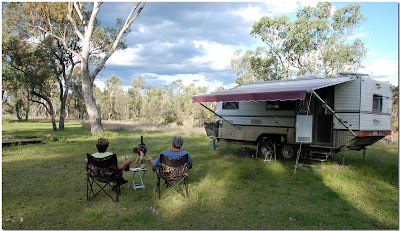 We spent 3 nights camped at Dragonelly and had the whole camp to ourselves for our stay. In fact there were only 2 other groups camped in the park while we were there. The park averages about 2000 visitors per year.

You can take a circuit drive around the park and then stop and follow walking tracks leading to unusual sites containing many different types of rock formations.
Some of the formations include: Cathedral Rock: 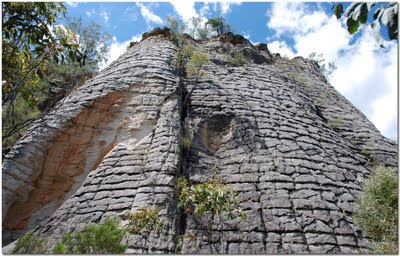 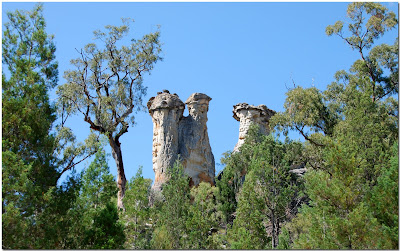 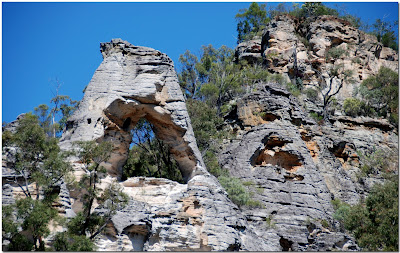 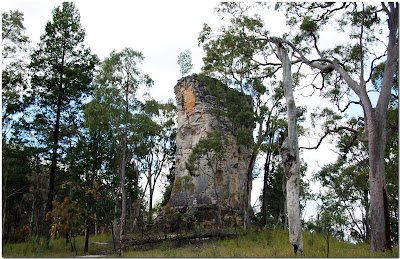 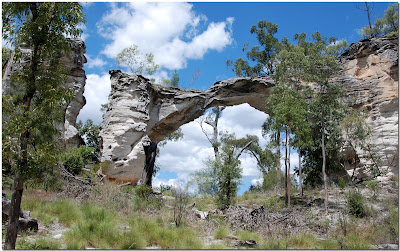 ﻿Top Shelter Shed known as the roof of Queensland: 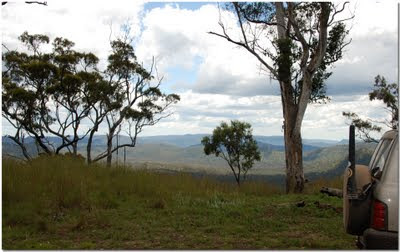 And our last nights campfire in the trusty "Pig" before leaving Mt Moffatt. 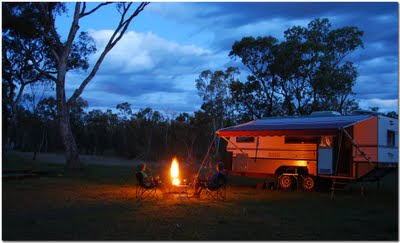 We decided to spend the next night at the Kapunda Fishing Club just north of St George which is situated on the Balonne River. Yet another evening where we had the place to ourselves. 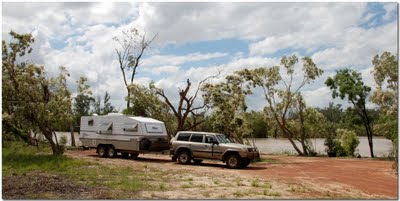 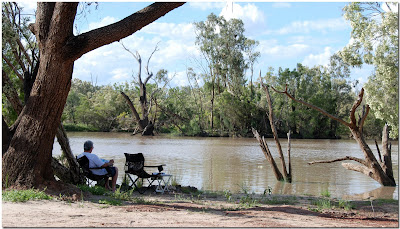 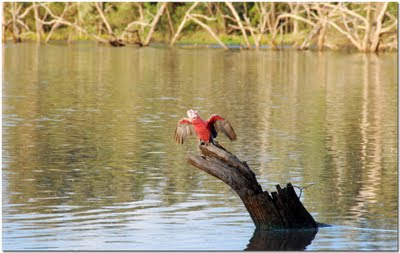 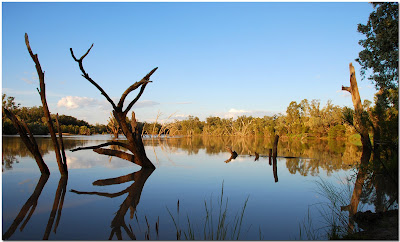 Our next day's travelling saw us heading to Lightning Ridge passing through Dirranbandi and Hebel before camping at a roadside rest area about 5 kilometres south of the Ridge. 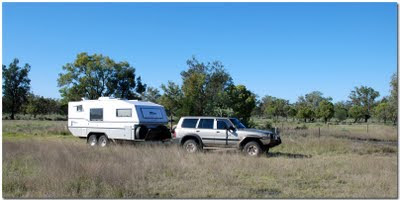 We had never stayed at Yarrie Lake which is situated about 25 kilometres south-west of Narrabri. They have powered sites but we opted to drive around to the other side of the lake where we had the place to ourselves. 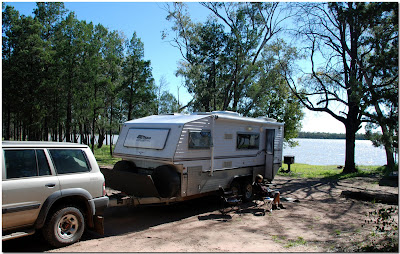 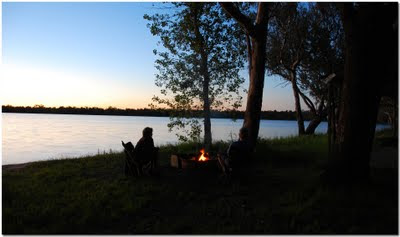 We visited the Australia Telescope on our way into Narrabri before heading through the northern part of Mt Kaputar National Park on our way to Bingara where we often camp on the Gwydir River just outside town. 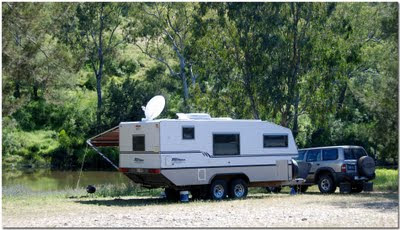 We spent several lovely nights camped on the river before the short drive home to Sawtell. Ros cooking one of our favourite dishes chicken and almonds with chilli and lime juice.﻿ 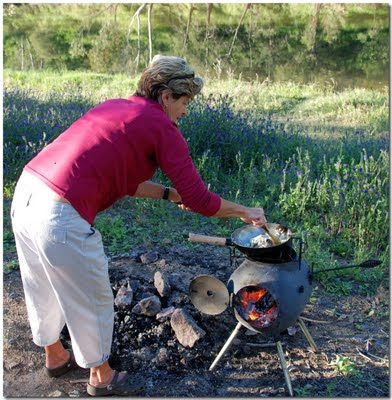 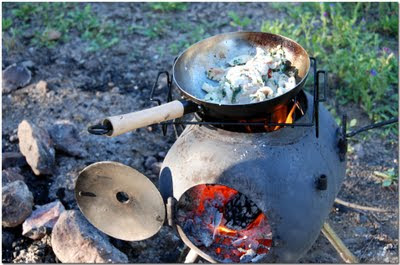